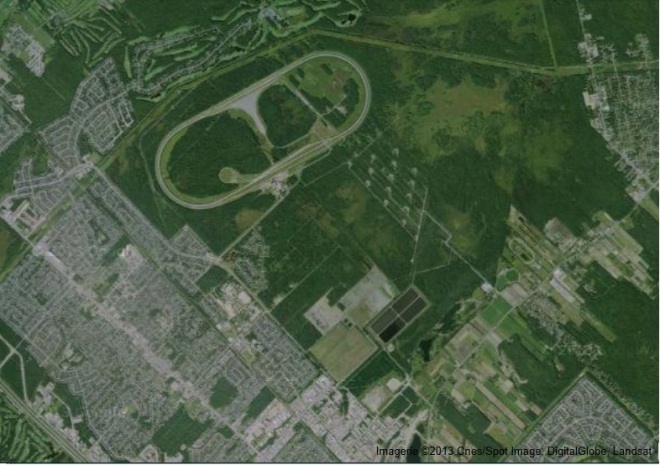 Opened in August 1941 at St Therese, near Montreal, by Defence Industries Limited, a subsiduary of Canadian Industries Limited, to make munitions on behalf of the Canadian Government.  Officially known as Allied War Supplies Corporation Project 21, the camp was one of DIL’s premier shell-fitting centres. The complex consisted of 343 buildings over 6000 acres, including offices, shops dormatories, a hospital, assembly lines, a fire hall, a community centre and a power house, all supported by rail lines to transport raw and finished material.  Production ceased in 1945 with peace on the horizon.

In 1946, the centre was taken over by the Department of National Defence and turned over to the Royal Canadian Ordnance Corps (RCOC), beoming No. 4 Ordnance Ammunition Depot.  A year later, the depot was re-designated No. 34 (Central) Ordnance Ammunition Depot, but it was also know as Camp Bouchard when it began being used by reserve army forces as a training camp.

During the 1950s, the ammunition assembly lines were removed, but the camp remained a busy training centre.  Permanent Married Quarters (PMQs) were constructed and the camp became home to the RCOC School’s ammunition wing.

As a result of the unification of the forces in the mid-1960s, the camp was re-designated No. 34 Canadian Forces Ammunition Depot, however, more change was in the wind.

The unification also lead to a reduction and consolitation of bases in Canada.  As a result, operations at Bouchard were terminated in 1969, and the depot itself closed in 1972.

All the military and ammunition production buildings were demolished and today, only the PMQs and a some bunkers remain.  A motor vehicle test centre for Transport Canada now occupies the eastern section of the former camp.

After World War II, the depot was also used as a training area for local Militia units. Most of the property was sold off between 1972-1988. 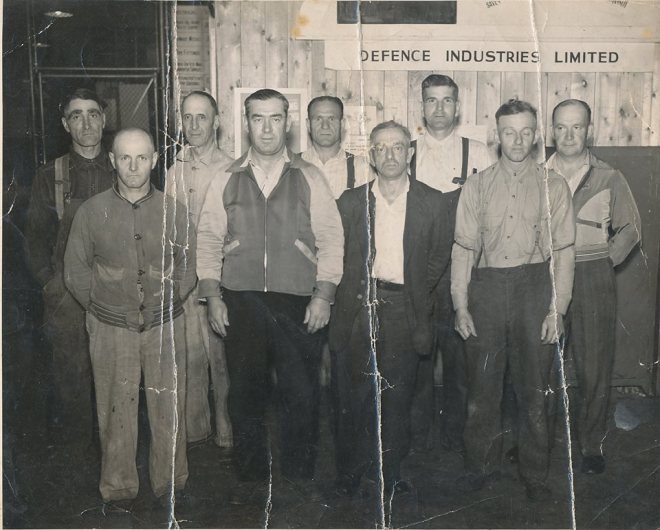